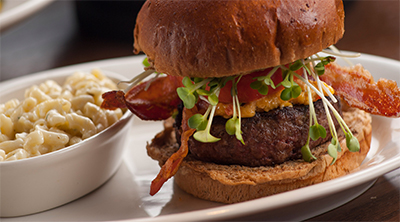 Mercedes Benz stadium, the spanking-new home of the Atlanta Falcons, boasts some amazing visitor experiences, from the 1,800 wireless hotspots to the 1,264 beer taps; the incredible food to the “fan-first” pricing. As lovely as this venue is, you will probably still want to venture into the surrounding urban environ and check out some local eats and watering holes. Here are some options, all within a mile:

There are some traditional spots in downtown Atlanta just northeast of the stadium that have long been go-to places for pre-gaming. Since the new stadium is just a few lots south of the old, these places still carry on their tradition:

Don’t want to head into downtown Atlanta? The area south of Mercedes Benz Stadium is known as Castleberry Hill. This unique historic neighborhood is rapidly becoming the hip place to be, and only about a 10-minute walk away.

Check out the great travel packages we've created for following your favorite teams from: